Simply put, moving a house is not an easy task to execute. Struggle and stress are at the root of every move you make during a removal. Thankfully, it is a battle that you needn’t undertake on your own ever again. This is because of a company named Moving Service, which has changed the way people look at removals in West Kensington, W14. What makes our removal company in West Kensington something different is the sheer amount of services we offer customers. It doesn’t matter whether you want storage units, packing materials, van hire, packing services, unpacking services, removal assessment or traditional man and van offerings. Do you want more information on exactly how we can help? Then all you need to do is call us on 020 8746 4402 and speak to of our team today. Do you need a written quote? Just send us an email and we will answer you within 24 hours.

Have a Great Experience in West Kensington 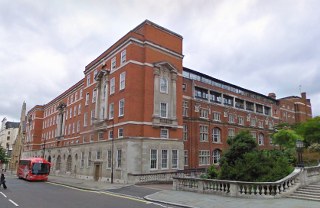 The area is one of the most famous boroughs in the whole of London. Falling on the cusp between Central London and West London, the area makes up a key element within the London Borough of Hammersmith and Chelsea. It is just a few miles away from most of London’s major train stations and airports, making the area surprisingly well connected. The area also plays host to several traditional elements, which allows the district to stay connected to its roots. Queen’s Tennis Club and Olympia Exhibition Centre are staple features of the area tourists should visit. What has made the area so notable is its selection of former residents, including late Queen front man Freddie Mercury and the leader of Indian independence movement Mahatma Ghandi. It makes some of the streets in the W14 and W8 postcodes hallowed ground in many regards. It was once a struggle to move into the area that played host to such famous residents. However, it is no longer the challenge it was before. Companies like ours can move you into the area with relative ease, meaning you no longer need to face the usual struggle.

Why Moving to West Kensington Needn’t Be a Nightmare Task 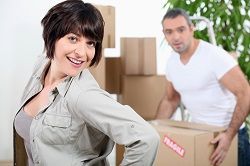 Are you thinking about moving to West Kensington, W14? Then rest easy knowing that you are not alone in that initiative. There are such high-quality amenities in West Kensington that it is not surprising the area increases its popularity from a residential perspective. It lies on the edge of some of London’s busiest districts, meaning that residents are never too far away from all the action that makes the city so noteworthy. If you have decided to make the area your home then you will want to find removals services around West Kensington to help you with the transition. Here at Moving Service we offer customers a vast array of removals services options. They include basic man and van options and full-services, which include peripherals such as packing materials, loading, unloading, and clearance services. When you are ready to get the ball rolling, pick up the phone and speak to our team today on 020 8746 4402. They will be able to explain in detail what we offer and provide you with a free quote on the process. When moving to West Kensington, don’t leave such a delicate matter in the hands of a cowboy, choose the best, choose our removal company.


Our Testimonials
Kenneth C. 16Aug 2019
They may have low prices in West Kensington but don't compromise on their standards of service. Easily the most efficient house movers.
Monica Eckland 09Jul 2019
Moving Service has the best movers money can buy. They are quick and get the job done right. Will use again for my next move to West Kensington.
T. Tosha 27May 2019
If I ever need help with moving house again in West Kensington W14 I would still use their services because they never let me down yet.
Benjamin 24Apr 2019
These guys got the job done in no time flat. The moment they set foot at our home in W14, they immersed themselves in their work. Great movers, budget friendly company.
Price your move