Moving Service is a professional and reliable company that has one aim and one aim only and that is to provide our faithful clients the right, adequate and sufficient removal services that they need and deserve when moving from London to Ireland. Our team can be of help straight away for you without you having to commit yourself to using our removal services, as a free no obligations quote can be requested at any time by giving our company a call on 020 8746 4402 whenever is most convenient for you. Once you have contacted our office personnel we are sure that you will immediately begin to feel more relaxed and calm about your forthcoming move from London to Ireland especially as our professional moving experts are always here to help you whenever you need our help and support. There are so many ways in which we can help to make your relocation a convenient and manageable one and part of the reason for this is that we offer many different types of services for when you book our services for moving from London to Ireland.

The Difference Between Southern and Northern Ireland 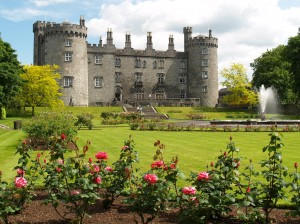 If you want a convenient relocation that can be arranged according to your time frame instead of to suit the time frame and schedule of the removals company that you choose, then Moving Service is the company to choose and 020 8746 4402 is the number to call. Do not miss out on our fantastic offers, low prices and high quality removal services for all of our London to Ireland movers.