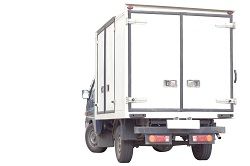 Forget paying extortionate fees to pretentious removal companies, with Moving Service on board your house moving experience will be efficient, easy and hassle-free and you won’t be paying over the odds. Our removal services are ideal for absolutely anybody and cheap as chips – if you call us on we can give you a free quote over the telephone in a flash.

Our moving services tick all the boxes. Right from the beginning we’ll draw up a good moving checklist and find you packing material to help you get ready for moving house. Our movers can then put everything into boxes, wrap up all your delicates and help you dismantle the king sized bed and dining room table before loading up our removal van and moving you to your new home. We can help you with the entire removal process from start to end and we deal with all types of removals, no matter how big or small, whether it’s a large house with a big driveway or a top floor apartment on a busy road.

We are one of few moving companies with complete availability for East London removals. We have movers London-wide working night shifts, and that enables us to move you outside work time, during weekends and late in the evening. We have man and van moving services for smaller, light removals or students. Our man and a van is the most handy moving service you could wish for and is available anywhere in East London.

Take A Look Around East London

East London is the place to be if you are a student, a young professional or a family – it caters for all and welcomes everybody. The boroughs of Barking & Dagenham, Greenwich, Havering, Redbridge, Newham, Waltham Forest, Tower Hamlets and Hackney are all part of the region and our removal company serves them all. East London is famous for so many reasons, and it is well known when it comes to historical events and popular culture. The award winning British soap Eastenders is set and filmed here and a tour of the set can be arranged if you are a fan of the show and want to see where the magic happens.

If you are after a cultural experience, take a trip down to the Columbia Road Flower Market and enjoy the bustling atmosphere, with street vendors aplenty and a number of public performances from musicians. Have a drink in a café or one of the many public houses in the area whilst you’re at it. Nearby is Brick Lane, a route that boasts some of the best curry houses in London and, curiously, famous urban art. It is in the bounds of a very diverse area of London in the borough of Tower Hamlets but has been used by bands such as The Killers to shoot music videos and referenced in many novels.

East London is home to numerous ethnic groups and there is no typical resident – everyone is different and that’s what makes it so interesting. In the past it was of course home to the Kray twins, and parts of Whitechapel were famously the scenes of various crimes committed by them, and there’s a lot you can learn about the district’s grittier past. The Ragged School Museum in nearby Mile End will give you a good idea of how life was in the Victorian era for the poor, although the Museum of Childhood is perhaps a bit broader whilst still a fascinating place to visit.

East London’s landmarks are curious, and in many cases very famous. The Whitton Music Hall gives you a wonderful insight of entertainment in the pre-war era and as London’s oldest surviving music hall it is still a great place to catch a show if you want a break from the West End. Also, the quaint Geffrye Museum – a pretty row of almshouses containing exhibitions and gardens, is perhaps the best hidden secret of the East End, and the majestic Sutton House is popular for day trippers. At its most expansive however, East London boasts the marvellous Olympic Stadium and the Velodrome, which is open to the public and was famously the scene of the 2012 Olympic Games. The Olympic Village is now being converted into swish new accommodation but it is still certainly worth a visit, and is situated close to the River Thames at perhaps its widest point. Close by is the O2 Arena, formerly the Millenium Dome, where you can see any music acts from James Blunt to Iron Maiden.

The Thames Barrier is a little further out and the London Docklands Museum is a popular haunt of history lovers, giving you the full lowdown of London’s trading and industrial role and the importance of the River Thames. Across the river however is Canary Wharf – London’s tallest building bar the Shard, and the centre of business famously shown in the popular TV series, The Apprentice. Canary Wharf is a great place to do some shopping or have a meal out and it is very easy to get there on the Docklands Light Railway. Many young professionals live in the apartments overlooking the most famous meander on the River Thames, which sits below Canary Wharf and is a popular location for boat trips across the River. 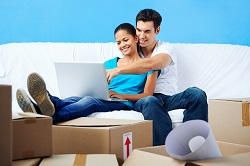 Relocation to East London is so much easier with the help of Moving Service. We are a no-nonsense, no fuss removal company with the most handy movers London can offer. Our removals are planned and delivered according to your specific instructions and we work within your budget and timescale. We can offer you packing services if you need them, furniture assembly and furniture removals, and we deal with moving and storage for people who need some additional space to keep things for a period of time.

If you call us on we can give you full details of our excellent London removals and a free quote on a no-obligation basis. Our moving services are great value for money and there are no hidden costs, and our movers and moving vans are top quality, designed to help you move with the very best workers and materials on hand.

Moving to Isle of Dogs E14